This page covers how the IOTICS Identity API interacts with the IOTICSpace and walks you through our Identity Libraries.

Requirements to interact with IOTICSpace

The interaction between the IOTICS API and IOTICSpace happens due to our Decentralised Identity management system.
In this Identity system, IOTICS entities - Users, Agents and Twins - use credentials to interact with one another and with the IOTICSpace, they are identified with a DID, their unique Identity.

In order to create and manage the IOTICS entities' credentials and to make sure the interactions are successful, some actions are required:

For a general overview of how IOTICS handles identity, check out our Decentralised Identity page.

Let's have a closer look at some Identity concepts.

Identity creation
To start creating a DID you'll need 2 values, which can be obtained from the Identity API.

Together they generate the Public Key which corresponds to the DID itself.
Both keys, Private and Public form the cryptographic key pair that ensures the correct entity authentication.

This process will happen to every entity created. 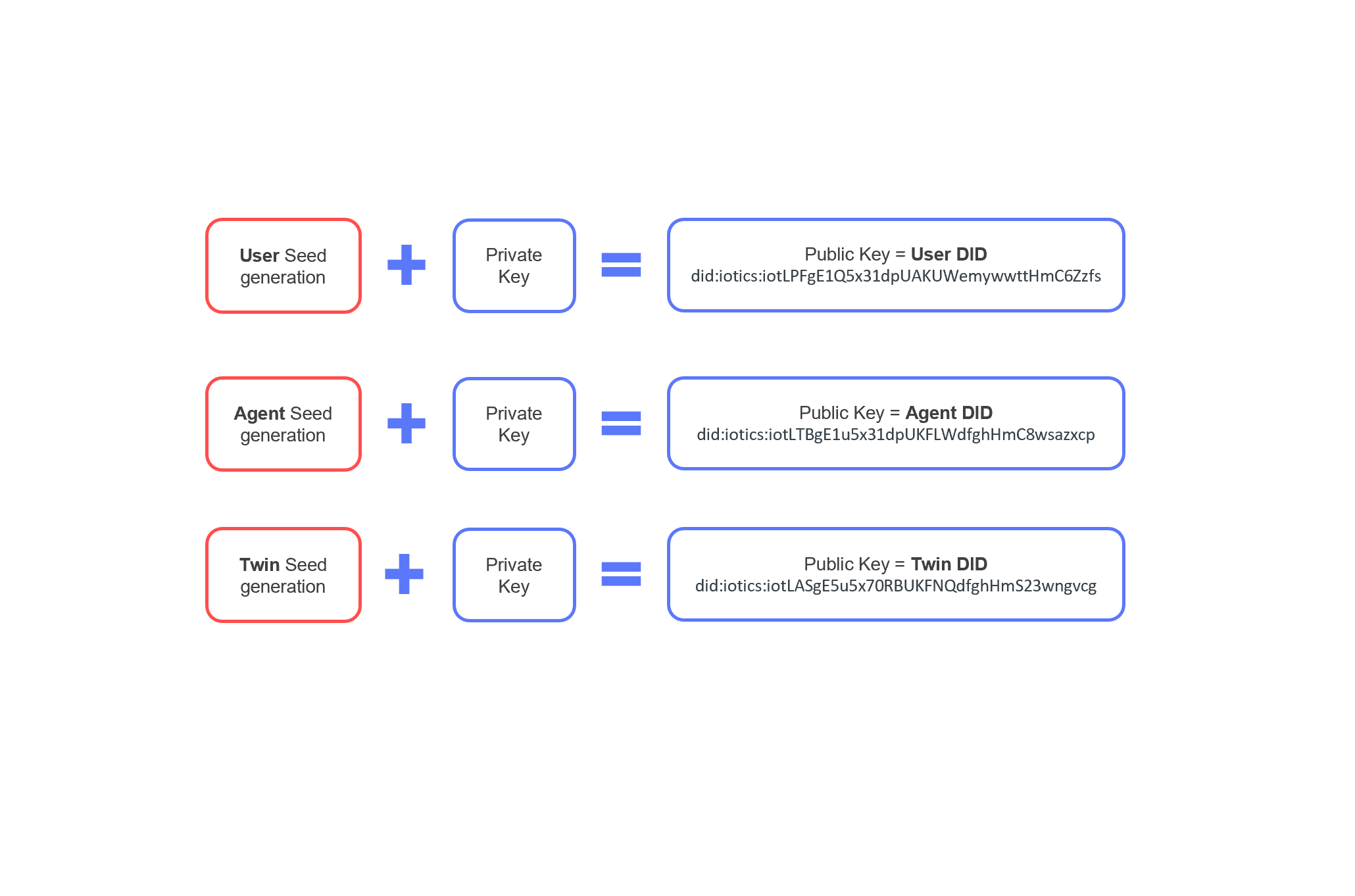 Identity storage
When a DID is created, it's stored into its related DDO, Decentralised Identity Document, which, along with the DID, contains some other important information for entity identification such as the Seed.
Each entity has its own DDO, and they are stored in the Resolver, a database for this type of document. 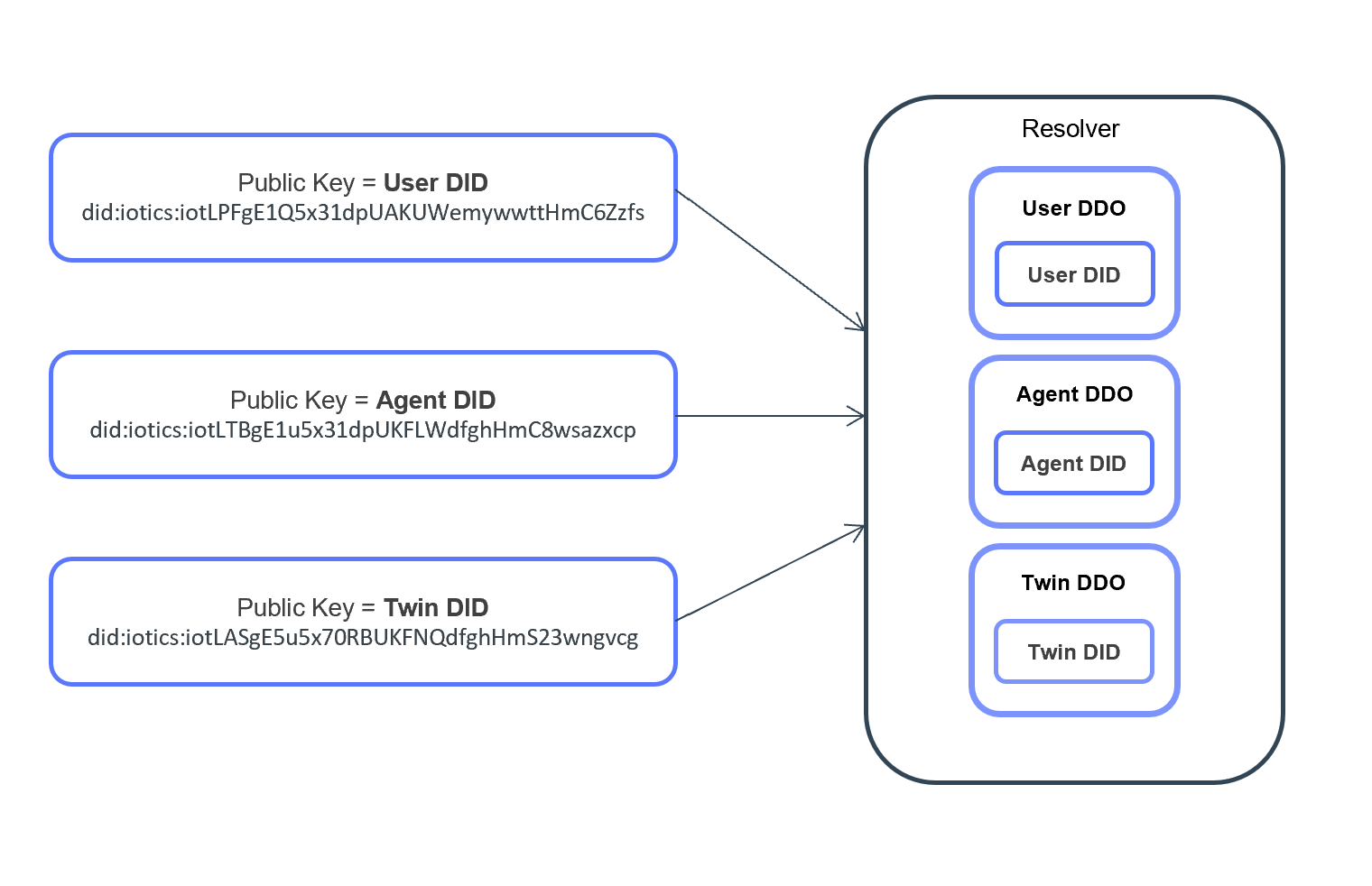 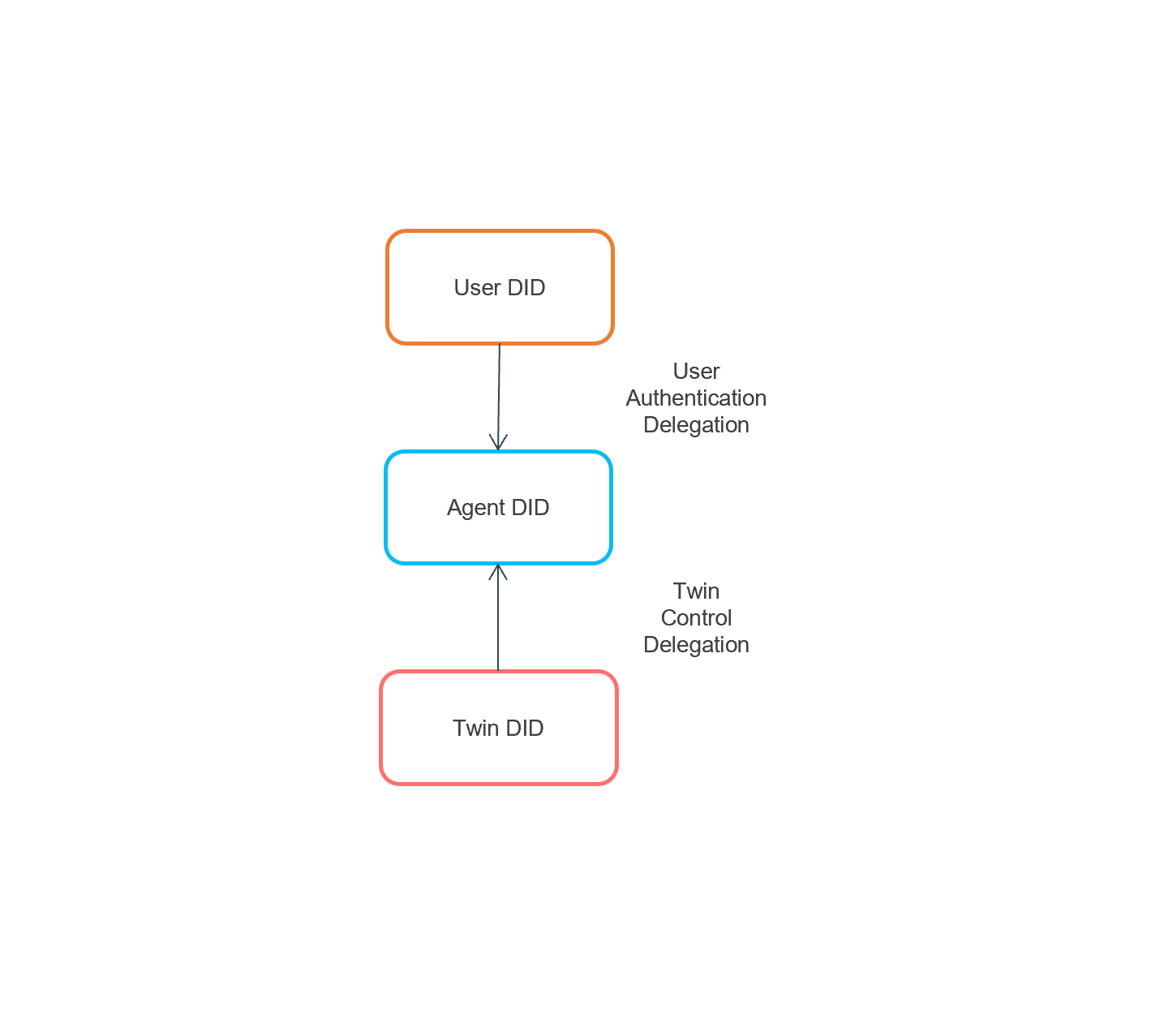 The Identity API is used to manage the entities’ identities and their authentication within the IOTICSpace.
To facilitate the interaction with the Identity API, IOTICS provides 2 Identity Libraries split into 2 levels according to the user's needs:

We provide Identity Libraries in several programming languages. Check below the library level available in each language.